The LAS Communications department supports the adoption and use of the new IASTATE theme developed by the Iowa State IT theme with input throughout the university.

The theme is not only more accessible, but also responsive. It creates a sense of unity among all university websites whether they are coded in HTML, PHP, Drupal or WordPress.

Learn more about the theme at theme.iastate.edu. The College of Liberal Arts and Sciences has developed a child theme for use with the official theme to standardize features that been developed over the years for our departments and groups.

Please contact laswebhelp@iastate.edu if you are interested in switching to the new theme and we have not contacted you yet. You can see the theme in action at any of the sites below: 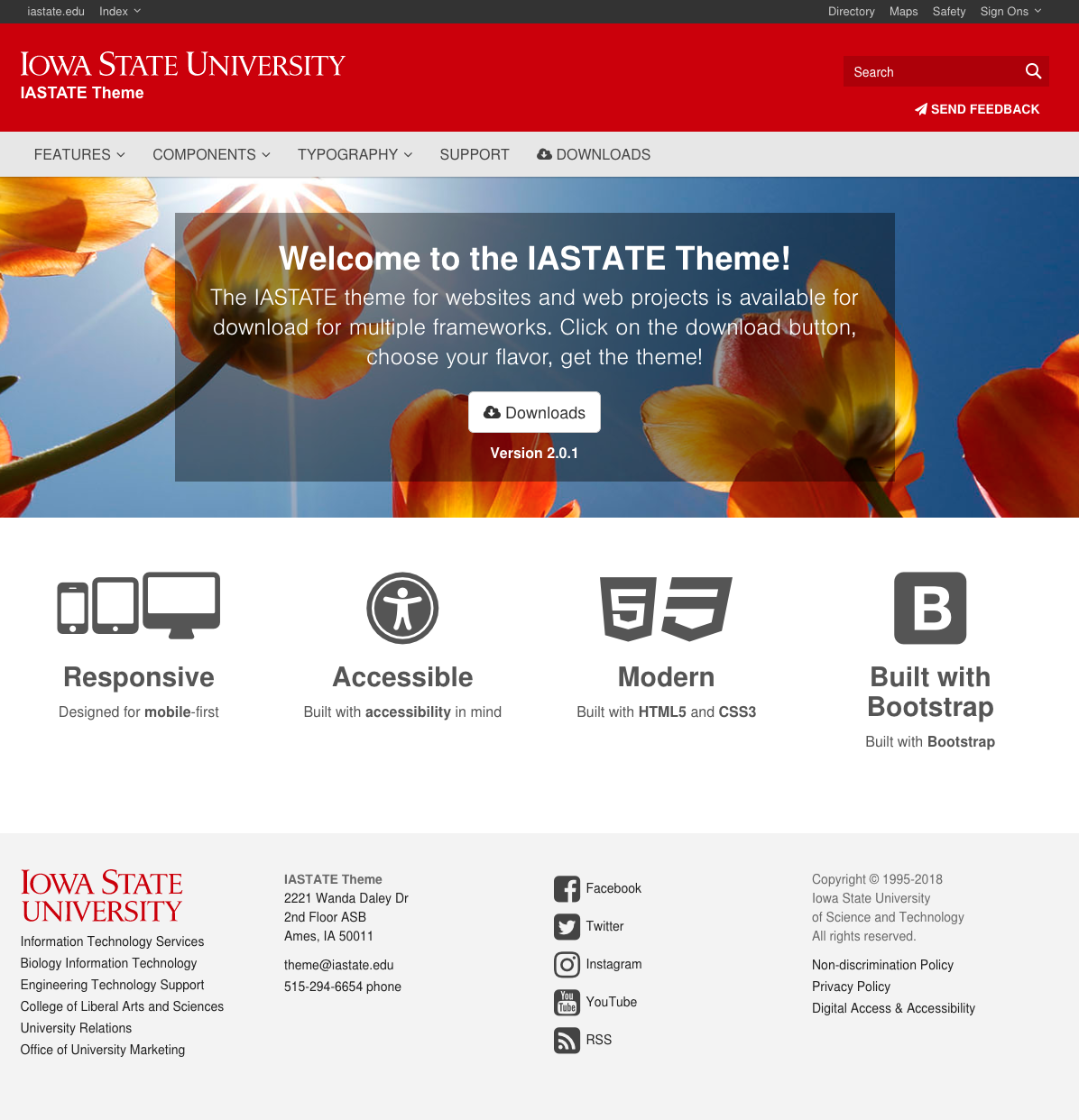